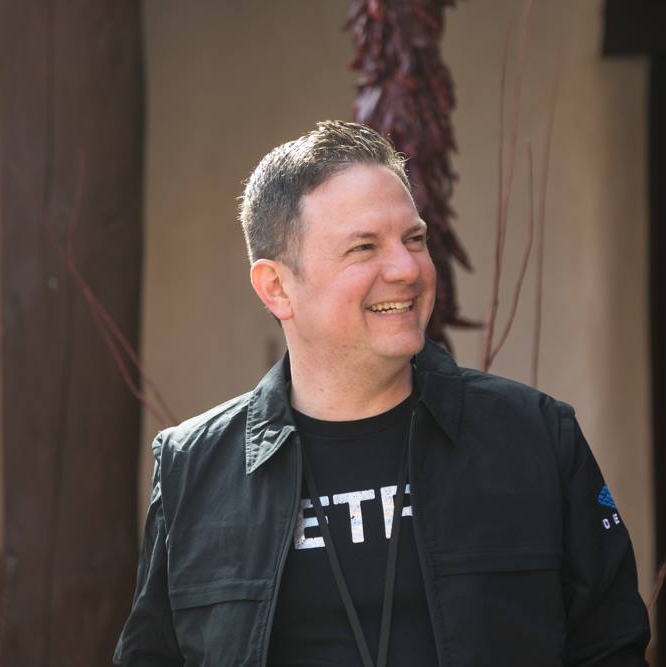 When Dean Browell took the agency job, he thought, “Creative. That’s my speed. The guy whose entire job it is to be weird and eccentric all day. Sounds like me.”

He was working on a PhD, and he’d hit on a social research technique that he wanted to apply for a client. It was the early days of social media, though, and the ad agency wasn’t quite as nimble as he’d hoped. His colleague Jeff thought he’d created something sellable, but most everyone else in his office was focused on the print and TV clients.

Then he sent the email.

It was a Nielsen study, relevant to their industry, sent internally, about how people’s football-watching habits differed between the Superbowl and the regular season. NFL fans, the study said, would watch commercials during the Superbowl, but during a regular season game, they would switch to looking at their phones when a commercial came on.

He thought it would be interesting for his colleagues to read, but didn’t think much beyond that until he found himself getting reamed out by one high-level recipient.

The colleague, whose specialty was media buying, said “You better hope our clients never see this email, because we’d all be out of a job.”

Dean says, “I remember griping about that at the time. It wasn’t some big secret. It’s not like it was sent to me in a rolled-up tube, written in lemon juice. I mean, it was published by Nielsen, who he worshipped.”

His colleague had asked him months before to start a business venture with him to sell to clients who were turning more toward social media.

He’d said no in January.

But that July, he knew it was a yes, and by September, they had their first office space.

“It was something that should’ve almost never happened,” Dean says. They moved into their current, beautiful office space in 2013, and business has been going well, but Dean says he struggled with feeling aligned to himself and who he needed to be in the business early on. He was in his own way a lot; he says he had the desire to get himself beyond the instinct to compartmentalize, but then, he was going through a lot at the time.

“This is me post-agency, post-divorce, starting my own business. This is my client-facing face, this is my healthcare face.”

He describes this entire dismantling process as one of calling himself out, the better to bring everything real about him into alignment. The turning point was the realization that, reluctant entrepreneur or not, this was what he wanted for himself, and so not doing it full-on would just be creating another false face.

“I’m avoiding saying words like this, but I think it does probably apply: authentic self. I believe that everybody knows who their authentic self is, it’s just about approaching it the right way. We know what it is, but we spend a lot of time layering shit on top of it, or fracturing it, or not letting it just be what and where it is.”

Dean’s decided that he doesn’t need to wear ties and only on very special occasions — or for clients trapped in strict-dress-code environments — that will he even wear dress shoes anymore. “I think my leather Chuck Taylors are fancy enough,” he says. “If anyone doesn’t want to work with me because they see me in Converse, I’m not sure I’d want to work with them anyway.”

He’s being glib about the shoes, right?—doing a bit, kinda?— but I don’t know. It would be easy to write this off as not meaningful, or not very, but I think there’s something foundational here. There’s often weight behind visual symbols and cues. And so I enjoy the idea that these function as a reminder, a sort of grounding right down to the earth: Dean Browell is going to be himself, and there is only one version of himself that shows up at all the meetings and in all the different scenarios. And it shows up in leather Chucks.

Part of his aligning process was also coming to terms with his own accomplishments, and honoring them as such. He’d previously undervalued his social research technique as “something I stumbled onto and then milked the shit out of for years.” But Dean now understands that he was creating an entire methodology, and VCU has backed that up; they’re bringing him in to teach a master’s level class called Digital Ethnography next fall.

It is axiomatic among people who know Dean well, and I’m fortunate enough to count myself in that number, that he brings an absolute sense of openness, possibility, and wonder to everything he does. His cyncial Gen-X snark machine side is probably balking at this characterization somewhat, but I think it’s true. I don’t know that I have ever met anyone else who is as genuinely and generously interested in the things of life. He’s a fan of people who are fans of things, so it seems to come very naturally to him to access a real enthusiasm for the passions of others, whatever they might be. He is into games, but as he often says, he just enjoys playing them, for the experience itself, and not because he considers himself particularly good at them.

Dean is someone who pays endless homage to the wonder and novelty of life. But he’s no shallow-end Pollyanna. He’s gone through plenty of difficult moments: a stroke at age 29, a divorce, business challenges, personal challenges. But he’s got a unique ability to sift through things that don’t truly matter and to find meaning in every moment, whether mundane, sublime, challenging or playful. I love him for that.

And at age 43, he’s continued to find new ways to write. This year, in addition to running his business, he made a role-playing game, wrote a play, some other assorted prose, and a 48-hour screenplay project. He also hosted a conference. He’s the very definition of “if you want something done, ask a busy person.” I mentioned he also has a newborn, right?

“Writing keeps me me,” he says. “It keeps me sharper and better, and it keeps me reading. I look around and see a lot of folks that let things go by the wayside that meant a lot to them. They’ve often projected their ambition on something or someone else. A lot of times it’s kids. People will say they’re in this situation because they’re just maintaining until the kids get out.”

He says that a lot of people then wind up in jobs or situations that aren’t right for them, so naturally this creates pressures that build up, and lead to burn out. If stability is defined as not rocking the boat, then success looks like staying the course, a situation Dean describes in stark terms.

“A lot of people who are very successful on the business side have created a lane for themselves but they’ve just stayed in it, so now their ambition is the business. I think that’s just as terrifying, especially as a reluctant entrepreneur. You still have to be you, and your family, your business, your parenting, all benefits from you being you.”

Dean Browell has a 15-year-old daughter, Addy, and also a brand-new newborn, Amelia. He lives with them, his wife, Caroline, and their dogs, Eleanor and Lucky, in Richmond, Va. He’s a dungeon master, comics fan, and beer geek, and he holds a PhD and has been to, like, 300 concerts. He plays bass badly, and is not afraid to demonstrate that fact. 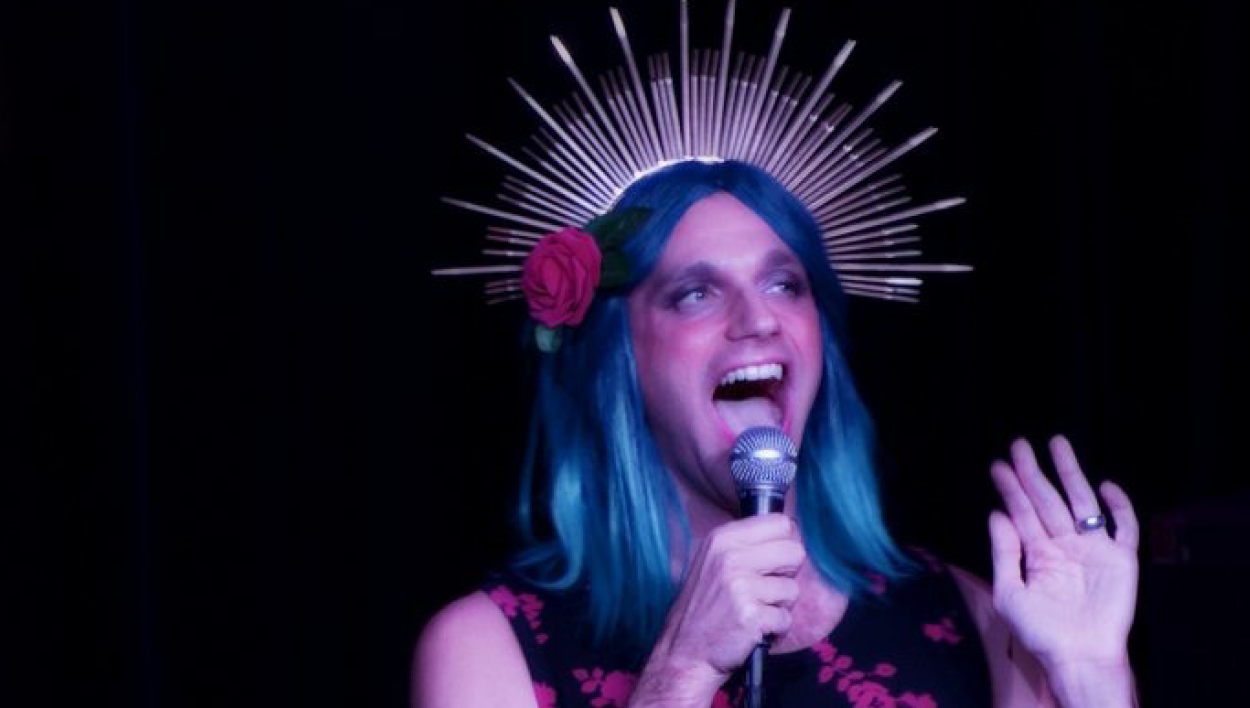 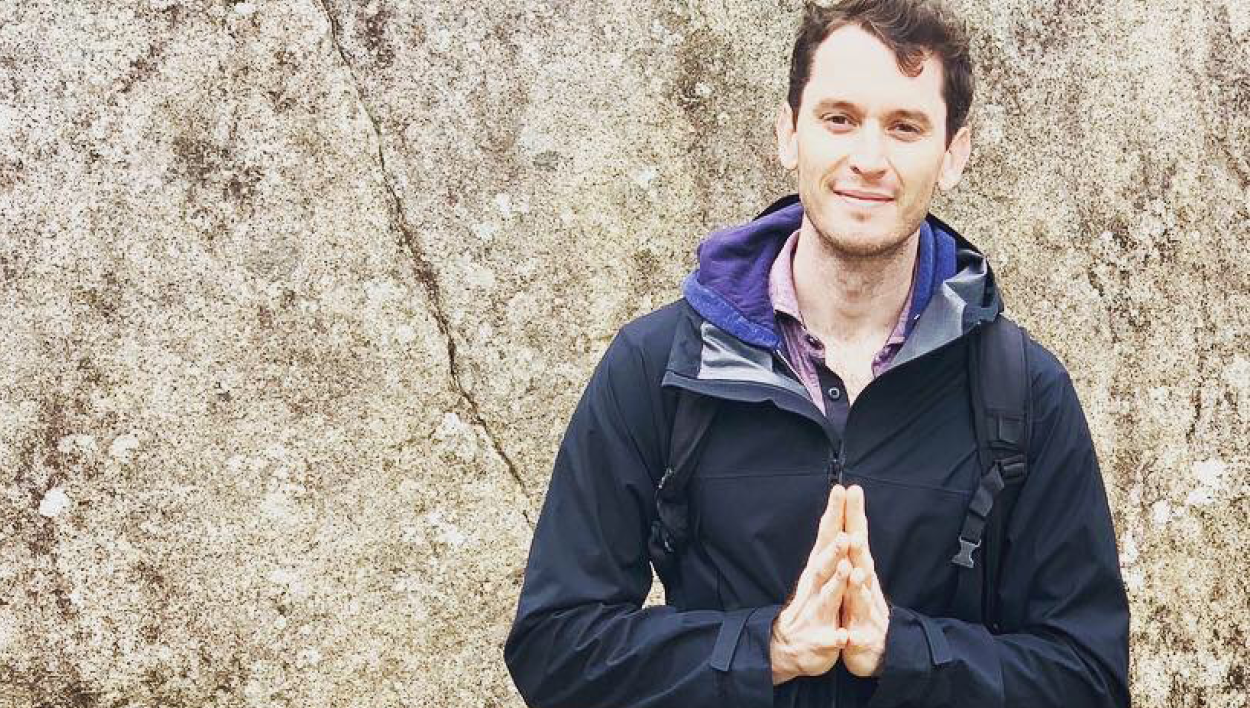