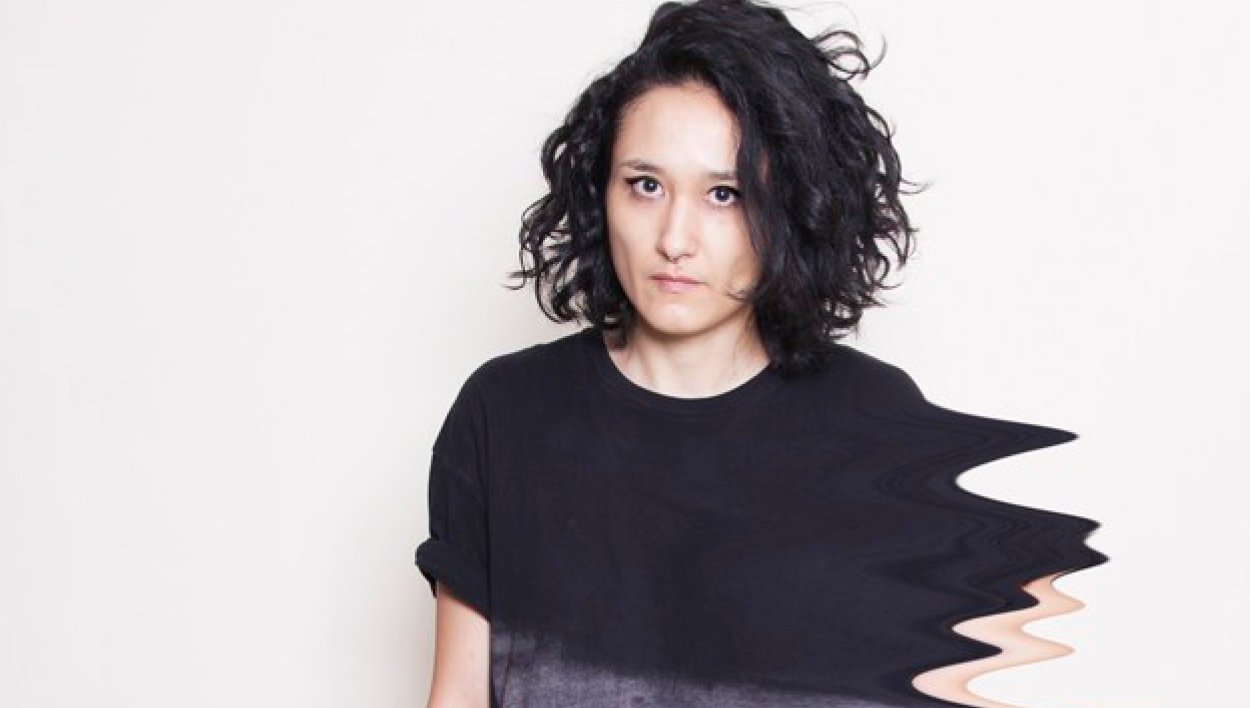 Mito Habe-Evans calls me on FaceTime as she’s walking from her place in Bushwick, Brooklyn. She spins the phone toward the building where she lives, to show it off to me before she sets out.

She’s on her way to meet friends. “We’re going to eat pancakes at three in the afternoon,” she says, laughing. She might be running late, or that might just be the frenetic pace that every New Yorker always intuitively keeps. Watching this is both delightful and melancholy: an overcast sky, someone darting over a crosswalk, architecture that can be best described as “brown” — all elicits a deep longing for Brooklyn.

She speaks animatedly and with purpose as she crosses the neighborhood, watching out for cars as she passes brownstones, bodegas, and under an overpass.

You could put precisely one second of this on screen for a focus group and they’d all reflexively shout out: “New York City!”

Mito works at NPR now; she did photojournalism in graduate school and now leads their video team, producing videos that are “smart with heart.”

I learned during this call Mito’s first degree was done at UC Berkeley—in molecular and cell biology. I knew she was smart, but woof.

Mito had always taken photos, and she came from a DIY background, but didn’t believe photography was a viable thing to do with her life at the time. So she moved to Chicago to start work as a molecular biologist at Northwestern.

The work didn’t feel particularly resonant to her, though. She could do clean work, she said, but she wasn’t enjoying it.

She made a run at freelance photography around that time, “but it’s so hard to understand the landscape when you haven’t even set foot in it,” she says.

So she decided to go to graduate school for photojournalism. That was appealing because she didn’t need a background degree, and she thought the program would be a solid foot in the door with internships.

I ask her what that was, since she’d had such a long background with photography. She said it centered on the human component of what story you’re telling with the photo.

“Not the framing,” she says. “I could handle a camera, I could handle the technical stuff easily. And even composition can go, if you have the perfect story. So I learned that what makes a good picture is actual human emotion. And once I learned that, I couldn’t un-see it.”

I just wanna editorialize on the technical piece for a minute: Mito and I were in grad school together, and I, a complete novice who had never picked up a camera, decided to take a couple of photojournalism classes while I was there, in an attempt expand my brain and also humble myself. Which worked on both counts. But I am here to tell you that the technical parts are very, very, very (infinite verys) hard. And I remained floored at the things my fellow students were capable of producing. I still love looking at great photo and video work, but I also learned something about photography at the University of Missouri, which is that I am Not A Photographer.

Mito got an internship at NPR, starting at what used to be called the multimedia department, and she’s been entrepreneurially bobbing and weaving ever since, creating facets of the role that interest her most.

“I like the control over a big narrative,” she says. “You want to have some point of view, and understand what the story is, and the takeaway.”

She says her understanding of how best to do that has evolved over the years, but of course, listening is a big component, as is being purposeful and concrete about the story you’re telling.

“It takes a lot of thought and intentionality,” Mito says, “to make something compelling and to elicit an emotion or to get at something that feels like a human universal.”

She said she’s always loved NPR and what they stood for, and that it was appealing to join a legacy institution where she’d have to prove her worth a bit through her work. But she also liked that, early on, there wasn’t as much focus on visuals, and her ability to balance humility and anarchy was a valuable asset: She dependably did what needed doing, but there was an autonomy that spoke to her punk DIY roots where she was free to dream up projects that were on the edge.

“I definitely took chances in like just going out and doing something,” she says, “and in not asking permission but for forgiveness. And then, ‘Hey, come look at this thing I made.’”

She started Field Recordings; recording musicians in intimate spaces became her primary focus for a time. She runs the video team now, which has grown beyond NPR music. Currently, she’s most excited about their short documentary projects, and their scripted comedic shorts with Planet Money.

Previously, one of her “stranger productions”was when NPR moved offices and they invited Ok Go to come and help them create a music video to accompany the move.

And she covered the solar eclipse in 2017, for which she produced this astonishing documentary.

A lot of the other press coverage about the eclipse was simply about quantity of human bodies: the number of people who were traveling from all over to see the eclipse.

Mito and her team wanted to take it in a very different direction.

“What I wanted to get at,” she says, “is that it’s a weird moment in our country’s history, and this was one thing that people could come together and identify as just an eclipse-watcher, instead of a liberal or a conservative.”

She saw a shared sense of wonder among the people she filmed. Some people saw it as a religious message, some were focused on the orbital mechanics, some were philosophical.

But in any case, she said, the experience “spoke to something that was bigger than ourselves.”

Mito’s wife, Heather, is a reporter on the science desk at the New York Times, so now Mito, who’s still interested in science, says she gets to live vicariously. Heather reports on DNA and law enforcement, so Mito showed her the basics of how DNA works early on, but now says her wife’s knowledge is moving past her own.

“I still love science,” Mito says, “and I think it’s helped me problem-solve things with the scientific method.”

She says she’s also proud to have spent time developing the ability to add her own full self to any project.

“I always love taking a project, taking a point of view, and then flipping it on its ear. It’s the contrarian in me. I always want to blow up assumptions, and start from a fresh place.”

She says she hates the term “quirky” — too Zooey Deschanel, too Etsy—but says that, aside from that sort of corruption, there’s something about being quirky or whimsical or screwball about the approach to her work that allows her to dig for something deeper, more meaningful and more resonant, as she did with her eclipse coverage.

The best advice she’s ever gotten was “Do the thing you love, because you’ll be good at it.”

Mito looks back on her science-lab days and calls herself a “bad molecular biologist.” Because she didn’t really enjoy the work she was doing, she put in little of herself, and assumed she was a slacker and had a bad work ethic.

“But once I started doing something I was passionate about,” she says, “in big ways, in small ways, it didn’t feel like work at all. Following your gut is important, because if you’re excited about something, other people will also be excited. If you love it, you’ll be good at it. Maybe that’s a bit trite, but it’s held true for me.”

I asked her who first gave her this advice, and she said it was her dad. He’d spent a lot of his 20s figuring out what he wanted to do. He went to architecture school, then went hitchhiking, then worked for the British Arts Council for a few years, after which he moved to the U.S. and got a masters and then a PhD in planning.

Mito said her parents were therefore pretty relaxed about her changing careers, although they didn’t initially understand her job—wait, visuals for the radio?—at NPR.

“It helped that we did an interview with Barack Obama,” she says. “So then they were like, ‘Okay, this is real.’”

Mito Habe-Evans is a supervising video producer at NPR, where she heads the video team and is responsible for its creative direction. She and her wife, Heather, live in Brooklyn. Check out her website at harshbarge.com. 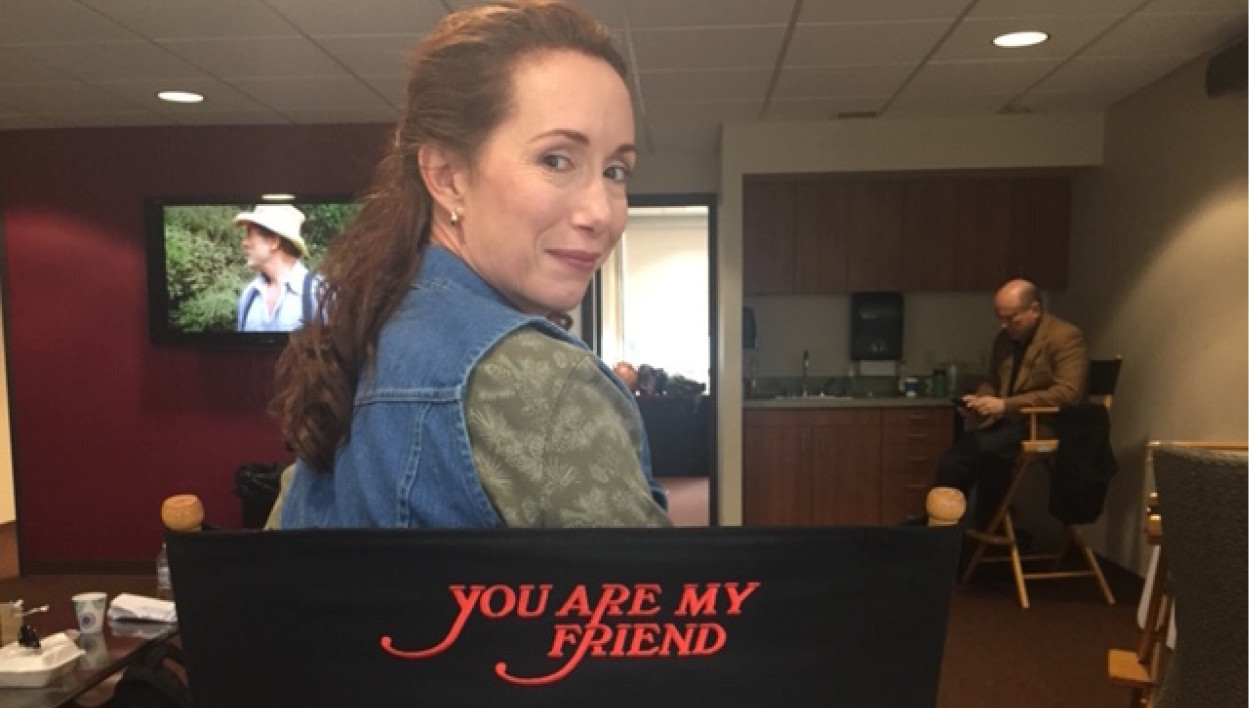 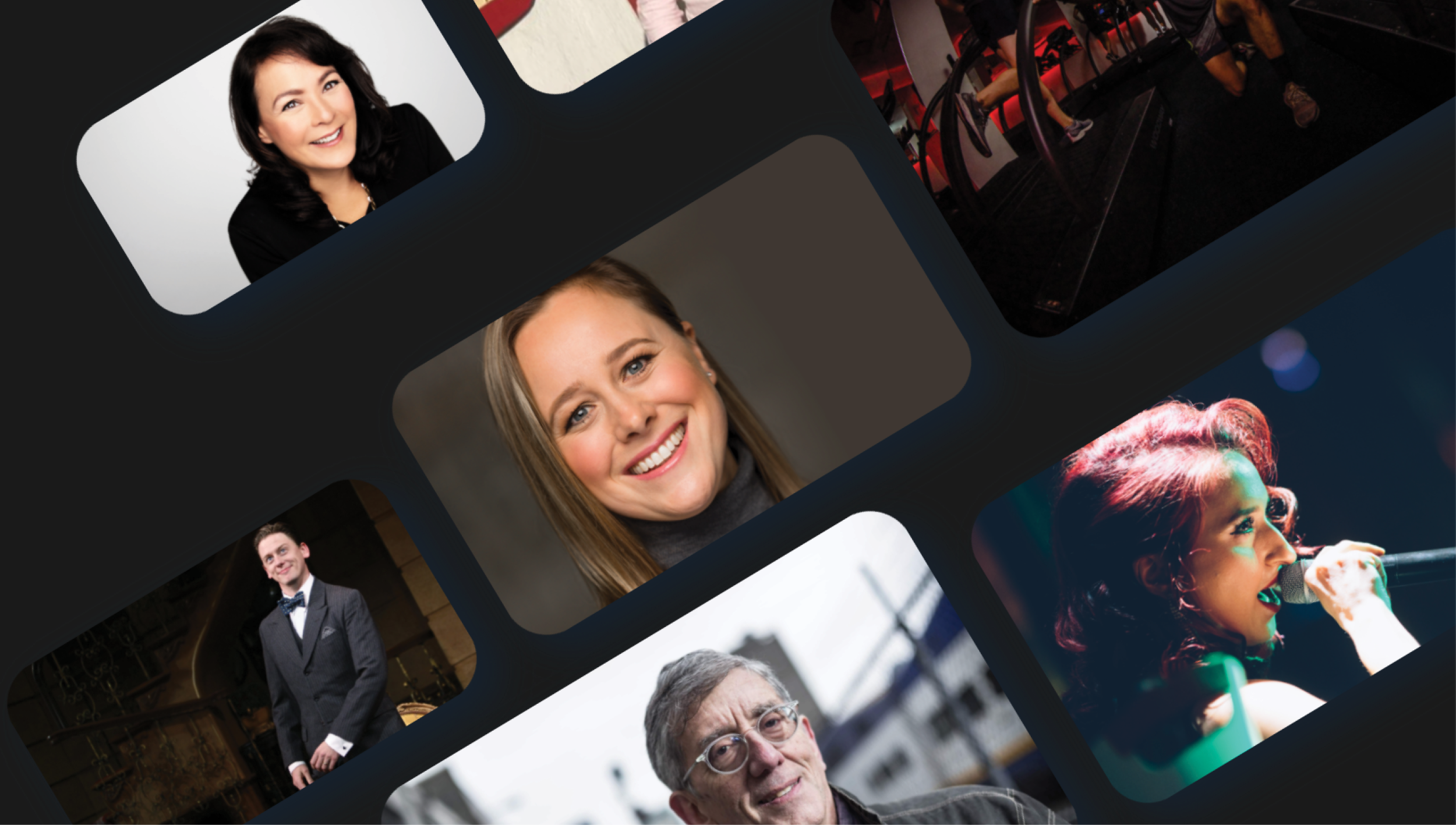 About the True Stories Project