NSFW puppetry, sobriety, a marathon: Nothing is a stretch for Rich Binning 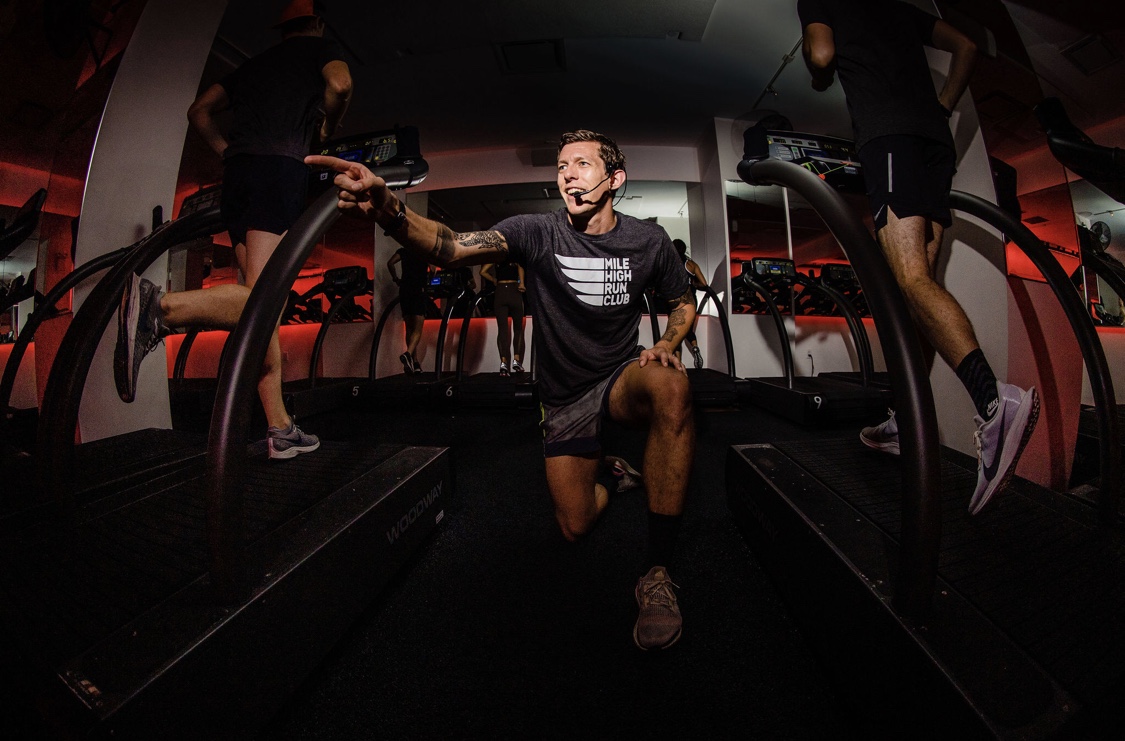 “Have you ever heard that thing,” Rich Binning asks me, “where, if someone’s trying to fight you, you should pull down your pants, and they’ll run away?”

Maybe I’ve led a sheltered life. I haven’t heard of it.

The question I’d asked him that led to this moment of pontification was: “Has anyone ever heckled you or yelled something out during a show?”

He says it almost never happens.

“Yeah. No one wants to heckle someone who’s naked. It’s too intimate. You have so much power when you’re standing on stage and you’re naked.”

When Rich was first cast in Puppetry of the Penis in 2009, he already had a few years’ experience under his belt.

(I would promise to be better, but we all know that’s not happening.)

In case you’re not aware, and unwilling to click on the above link (it’s Wikipedia, so it is somewhat SFW), penis puppetry is a performance style wherein people with penises manipulate them into entertaining configurations, like origami but with your body. It’s not sexual, or not mostly, anyway. The show is comedy-primary. The tricks have names like “the Loch Ness Monster,” “the Eiffel Tower,” “The Atomic Mushroom,” “The Hamburger.”

The show’s been banned a few times, mostly, weirdly enough, in Australia, where it was founded.

“I used to just do it at parties in college,” Rich says, “for drunk people, you know.”

I do know, actually. The theatre kids I went to college with in the early 2000s were also very fond of doing penis puppetry at parties to shock and to entertain and to horrify.

Some of the tricks seem really, really painful. I am not claiming to understand the allure of doing it, but I can tell you that watching is good entertainment.

“The guy I started with,” Rich says, “he bought the book about how to do it. So he brought it to one of my parties and I was like, ‘Teach me that.’ When they had auditions in New York, we auditioned as a team and both got cast.”

Unfortunately, the Puppetry folks weren’t casting for any specific shows at the time, so Rich was hired out, for his first gig, for a private party.

This private party I’m about to tell you about, a penis-puppetry surprise party, is the stuff of nightmares.

He was hired to go out to Coney Island to perform — as a surprise! who would spring this on a friend?!—on a party bus for a bachelorette party. The maid-of-honor had hired Rich, and Rich only, and he therefore spent a few cramped moments sequestered in the bus bathroom, after which he was supposed to jump out and surprise the girls and start doing puppetry partway through the bus ride. The maid-of-honor was the only one who knew he’d be there, and most of the other girls at the party, including the bride, weren’t drinking and had never heard of penis puppetry.

Rich says they were relatively good sports about it, but the other issue he was facing was that it was a fairly bumpy bus ride, and he was standing in the aisle to do his tricks. He lacked free range of motion of both his hands, because he had to lean against the seats to keep from falling over. So the tricks were compromised.

Plus, after he finished his ten-minute show, it was still an hour from Coney Island to Manhattan.

So after he performed, he sat around chatting with the women. He himself had just gotten married, so mostly, they talked about wedding things.

After that one experience, he swore to himself he’d never do penis puppetry professionally again.

Life had, however, different plans. Not long after that party, he got a call about a planned Off-Broadway run of the full-length Puppetry show, and they offered him the contract.

Eventually, he did another private show, this time in Los Angeles, for Christina Aguilera and her bandmates and friends as part of the album-release party for Bionic. She was effusive in her admiration, as well as her gratitude that Rich and his colleague Chris Cannon had come in on their day off to perform for them.

The next day, she appeared on Ryan Seacrest’s radio show, and told him she had taken a picture of Rich’s hamburger and sent it to her mother.

Rich got sober in 2013, which was the year he went from not a runner to running the New York City marathon in a period of six months.

“Sobriety kicked that off for me, because I needed something to do that wasn’t drinking.”

Rich says the period of getting sober manifested in a newfound social anxiety.

“I didn’t realize how much I really struggled around big groups of people,” he says. “By the time I was sober, I had already done Puppetry for years. I’d been in lots of other shows. But just going to the grocery store felt like a challenge, and heavy. And I felt really alone, too. I didn’t share with anyone about my sobriety for the first year.”

Rich says that during his drinking years, he never went on stage to do the Puppetry show sober.

I asked him what, specifically, that entailed.

“I tried not to drink a lot of beer beforehand,” he says. “But I would do four shots, usually of tequila, before the show, then I’d have a beer side stage, which I would finish over the course of the show. And then I had bottles of vodka hidden in water bottles, also side stage. I would finish one of those a night easily. I had a crazy high tolerance. And then after the show I would drink a ton of beer until I blacked out.”

Rich says he’s glad he got a second chance at doing Puppetry. He got sober during a break from the show, and didn’t think he’d go back to doing it ever again.

When he was offered the gig in Las Vegas, he said no to it.

“I’d only ever done the show drunk before,” he says. “I didn’t think I’d be tempted to drink, but I didn’t know if I’d want to do it sober, at all.”

He ended up traveling the world with the show, and says it was thrilling to be able to actually see the places he was visiting on those tours — Vegas, Switzerland, Edinburgh, all over Australia—instead of just the inside of local bars.

The last time Rich had anything to drink was an Anything Goes reunion party he’d gone to in New York. He’d brought his dog, Walter, with him to the party, and the next morning, safe at home along with his wife and dog, he had a realization.

He couldn’t remember, at all, how he’d gotten home. The party had been far away, in a different part of Queens from their home in Astoria, and no one who’d been at the party remembered seeing him leave or could help him piece the night together.

The fact that he’d gotten himself and his dog home safely felt like a miracle.

And the idea that he might have put Walter in any danger was the Rubicon. He committed to getting sober.

“I was responsible to more than just myself,” he says. “And obviously, everything I did was impacting [my wife] Olivia. But you just don’t see it until you’re on the other side of it.”

That spring, Rich was returning to Hilton Head, S.C., to the same theatre where he’d done Anything Goes (and also the theatre where he and I met, in 2011, for How to Succeed in Business Without Really Trying) for a run of Spamalot.

He knew he needed something to take the place of drinking during the show, and running became that outlet. His first real run was a long beach run with his showmate Lauren Krautman, and you could do worse for a run setting than Hilton Head.

Still, he says, those first runs were too hard for him, and he didn’t feel any affinity for it. At first. He stuck with it and eventually, during his first five-mile run, experienced a runner’s high. He finally felt it was something he could do long-term.

Goal-setting is a formalized concept at lululemon, the company Rich worked for at the time, and still works for. He’s now a community manager at their Meatpacking District store.

When he returned home from that Spamalot contract in 2013, now sort-of-kind-of considering himself a runner, and knowing lululemon encourages big, audacious goals, he wrote down that he’d like to run a marathon.

Then, feeling that it was ridiculous—too big a goal—he scratched it out. He signed up instead for a half-marathon that October.

A few weeks later, lululemon’s founder, Chip Wilson, came into the store where Rich was working.

During their conversation, Chip said to Rich, “You look like a runner; are you?”

Rich, not yet comfortable with the idea of identifying that way, said, “Sort of. I’m thinking about maybe running the New York City marathon one day.”

Chip stopped and looked him dead in the eye.

So Rich, like a real-life version of Brittany Runs a Marathon, decided that he would.

“He’s one of the most successful people in the world,” Rich says. “He’s eccentric, he’s just so all-in. And him inviting me to commit to something… I mean those are bullshit words. I was never going to actually do it if I was just thinking about doing it.”

A friend of Rich’s knew of a charity spot running for the Carol M. Baldwin Research Fund, and he signed up. He raised $3000, and his finish time was just under five hours. (He returned the following year and did it in four; his goal next year is three and a half.)

After Rich got home from the marathon that day, he fired off an email to Chip Wilson to let him know he’d actually run the marathon and finished it.

In addition to his work at lululemon and his acting career, Rich took on a new challenge in 2019, when he became a running coach with Mile High Run Club.

“I hadn’t auditioned for anything in seven years,” Rich says, “and part of that was anxiety. I was doing all the Puppetry gigs, and that was just coming in as offers, but it was easy to say yes. Then I was asked to audition to be a run coach, and some of them are the fastest people in the country. One of my colleagues holds national records.”

Rich says he called to mind Brene Brown’s notion of leaning into the discomfort of the work.

He says that sobriety has helped him out most with that process.

“Saying yes to things that scare me is how I move through anxiety now,” he says. “It’s so easy, when you feel that way, to just shut it down, ignore it, and move in another direction. I always used to feel that I was limiting myself, but now I try to channel my inner Chip Wilson and just really commit and go for it.”

Rich Binning is an actor, singer, running coach, and community manager at lululemon. He lives in New York City with his wife, Olivia, and their dog, Walter. You can listen to his running playlists, which are legend, here. 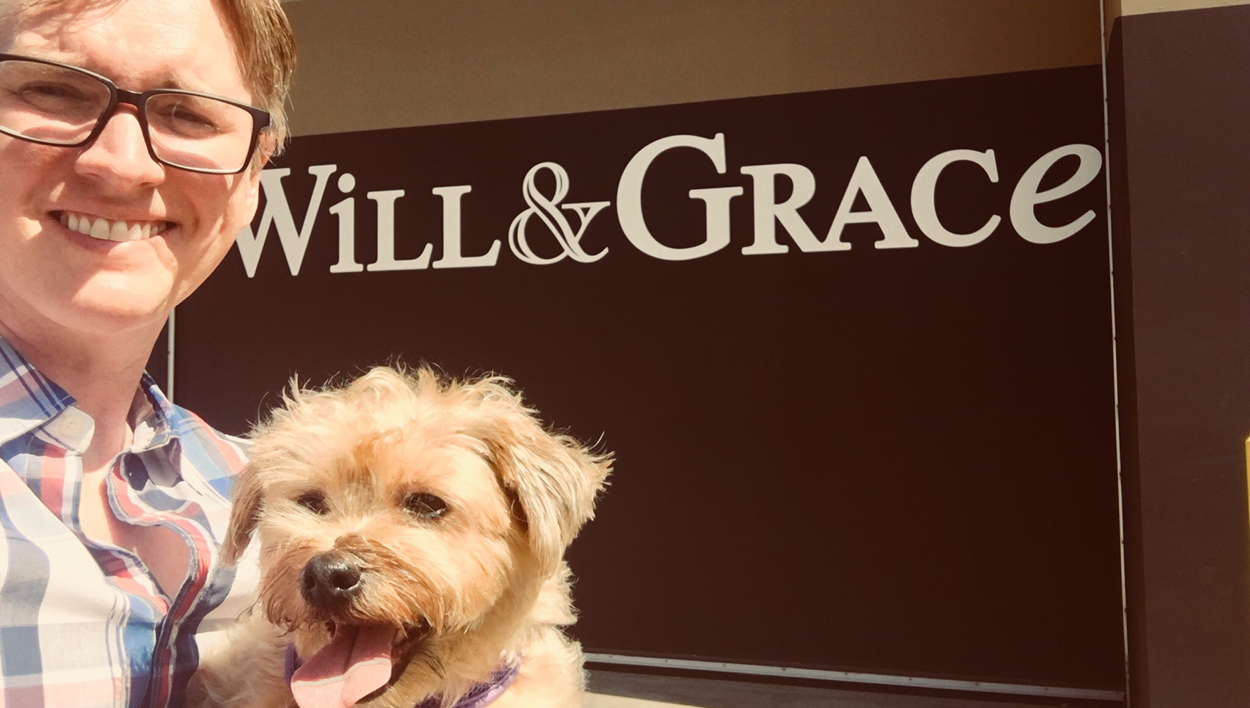 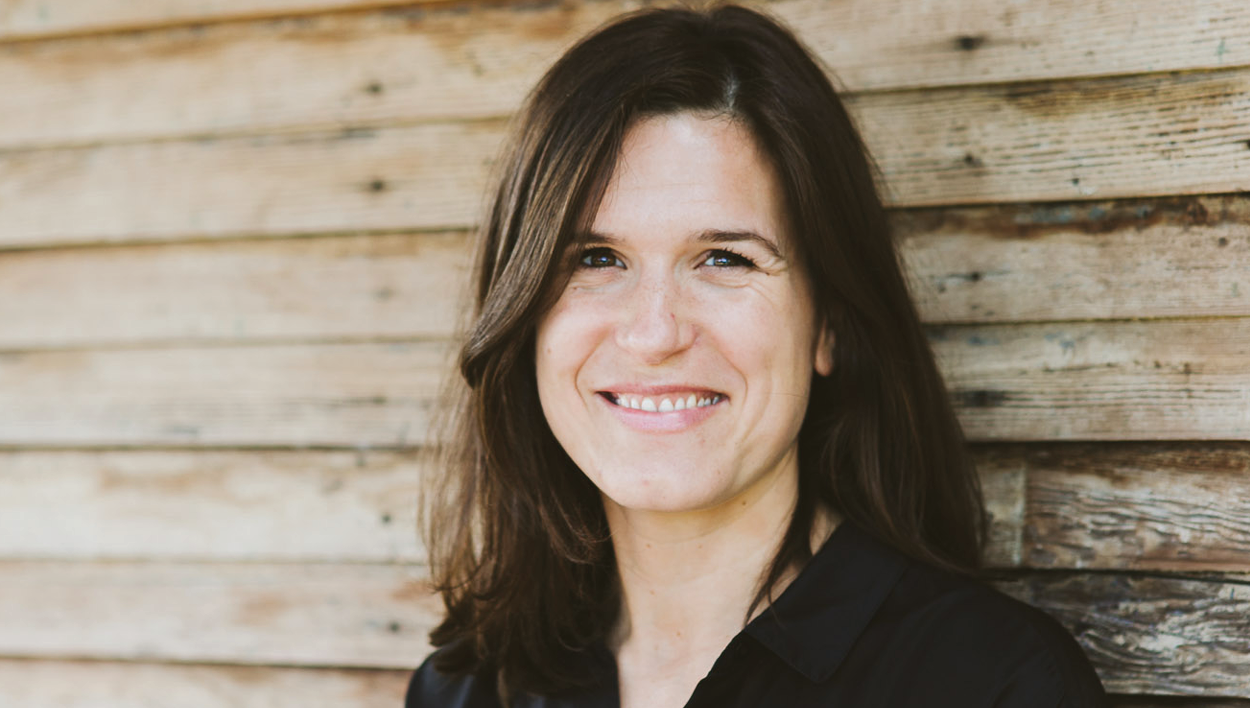