From a long-sealed envelope, Natalie Cartwright of Finn AI learned the most important lesson 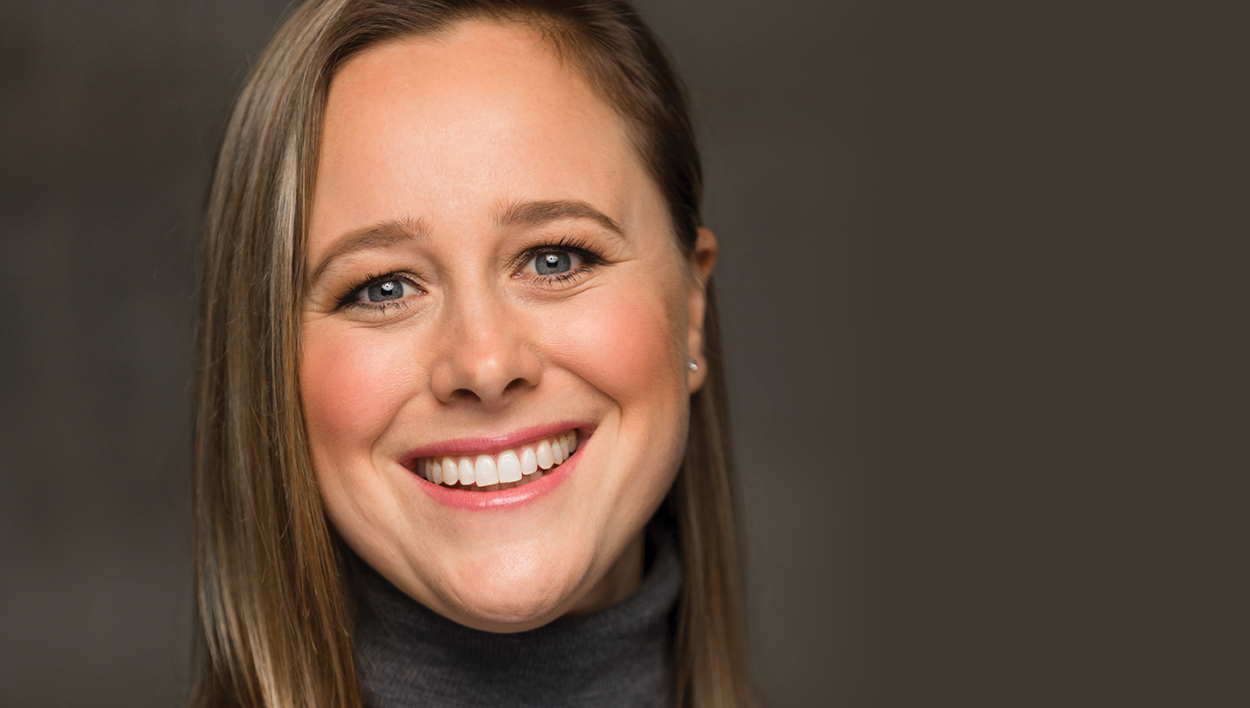 They asked for several references. She had them, but barely.

23-year-old Nat Cartwright was applying for an internship to work at Planned Parenthood in Nairobi, Kenya. It was an outside shot that she’d get it—she had no experience — but she loved the mission and what they were doing.

Not expecting to land the role, she solicited letters of reference from a few folks, including the supervising professor she’d worked for during an early research assistantship at McGill University.

The professor sent the letters of reference back to her the old-fashioned way: a stack of them in a large envelope, each letter sealed in its own individual envelope, with his signature scrawled across the flap.

Nat had no idea what he’d said in the reference letter, but assumed—since he’d only sent her sealed-up copies—that the reference he’d written was tepid or unenthusiastic.

Still, she mailed the reference letter, not knowing what it said, still in its sealed envelope, along with her application to Planned Parenthood.

She did land the internship, and flew to Nairobi, where she lived for a year. Her time there launched a career that took her to live in eight countries, visit more than 70, work for the UN in Geneva, complete her MBA in Spain, and, eventually, found a business, Finn AI, with colleagues she met in her masters program.

About ten years after her move to Kenya, while in the midst of another move, she discovered a few of her old reference letters from the McGill professor, still kicking around forgotten in the back of her closet.

She’d thought about the letters only intermittently in the intervening years, but when she did, it was always with a slight, creeping regret, and the supposition that whatever the letter said, it hadn’t been very positive.

In the here and now, alone in her closet and in the midst of a move, the reference letters’ usefulness to her career had long since past.

She’d had so much success and so much growth in the years since that letter was written.

She’d experienced so much, and her confidence and expertise had grown in leaps and bounds from the career novice she’d been.

Understandably, she wasn’t sure she really wanted to know what the letter had to say.

But curiosity won out, and she tore open the flap of one of the still-sealed envelopes.

The first line flashed up at her, and she can recite it from memory.

“Whatever you do, hire Nat Cartwright. You’d be crazy not to.”

She sank down in the closet, and she started crying.

“I kept the letter,” Nat says, smiling. She said that’s rare for her; she doesn’t hang on to very much in the way of sentimental items. (Marie Kondo would approve.)

“But that one? It was just the kindest thing. It’s still a reminder for me. For ten years, I assumed it was mediocre. And it was a reminder of how hard we all are on ourselves.”

Nat’s career path has been anything but mediocre. She said one of the things she wishes she could reverse was a lack of confidence when she was younger.

In her first few years of work, she continually felt she was inferior or wasn’t doing enough.

“I really underestimated myself,” she says. “Now I work hard, and I try to do things with integrity. But when I look back, I was the same way back then.”

For her very first job, she was paid $25,000 as a research coordinator. She knew she was going above and beyond for her team, because she believed solidly in the vision of what they were trying to accomplish, but it never occurred to her to think she might not be being paid enough.

One day, her boss asked to see her. She had a moment’s concern that he might be upset with her, but in fact, it was the opposite: Her boss said they couldn’t keep taking advantage of getting such great work at such low salary, and gave her a 50% salary increase.

“It had never occurred to me that I might be worth more,” Nat says.

I got to speak to Nat on the eve of her five-year anniversary of founding Finn AI. She said her biggest pride point has been to make it through those early, uncertain times — “there’s so many times we came so close to failing!”— and to have created a business that’s of service and helping people on four continents (and counting).

Finn AI is an AI-based conversation platform for banks to use with their customers.

“We have 40 employees, and most of them are pretty high-paying tech and AI jobs. I also think it’s cool that we can export our technology.”

From her bio on the Finn AI site, Nat is a vocal proponent in examining the ethical implications of new emerging technology. She is also an advocate for socially conscious innovation and how the intersection of humans and technology can positively impact society.

These are lofty goals, which feels appropriate to Nat’s achievement thus far.

Then there are the not-so-evident markers of success. The business is in the process of upgrading its office space for the second time in as many years, keeping pace with its rapid growth. Their broker told Nat that their prospective new landlord was a fan of Finn AI for its high profile, and that “they like brand equity.”

Nat shakes her head at that, seemingly amazed at how far they’ve come in such a comparatively short time. Of course, this success hasn’t come without its costs. Early on, the business partners realized their first business model wouldn’t work, and although they’d raised $500,000 in seed capital, they were going to need to scrap everything and start over —and fire their entire six-person staff in the process of pivoting. They had to hold another, larger, reduction in force for similar reasons a few years on.

“It’s awful to lay off people,” Nat says. “We do manage people out for performance and that’s tough but necessary, but it is even worse when you have lay people off through no fault of their own. You have to put in the hard boundaries and then show kindness where you can.”

It’s not unheard-of for startups to need to have several iterations of both business model and team structure to find their successful path, but what might be unheard-of is the level of care and attention the Finn AI executive team offered their employees being laid off.

“We gave everyone reference letters, and offered to go for coffee,” she says.

Only about fifteen percent of employees took them up on the coffee dates, which were intended to discuss career prospects and possible connections for new opportunities. I’m visibly shocked as she describes this process, I think, and she explains their rationale: “We tried to do what we could to be human and support people and to let them know it wasn’t about them.”

A beautiful sentiment from their team, and a great example to us all: It’s possible to achieve great success, make the tough calls, and still keep human dignity at the forefront.

The open reference letter is a particularly classy touch. I suspect I know where she got the idea.

Nat Cartwright is co-founder and COO of Finn AI. She’s expecting her first baby—“aside from the company”—like, this week! 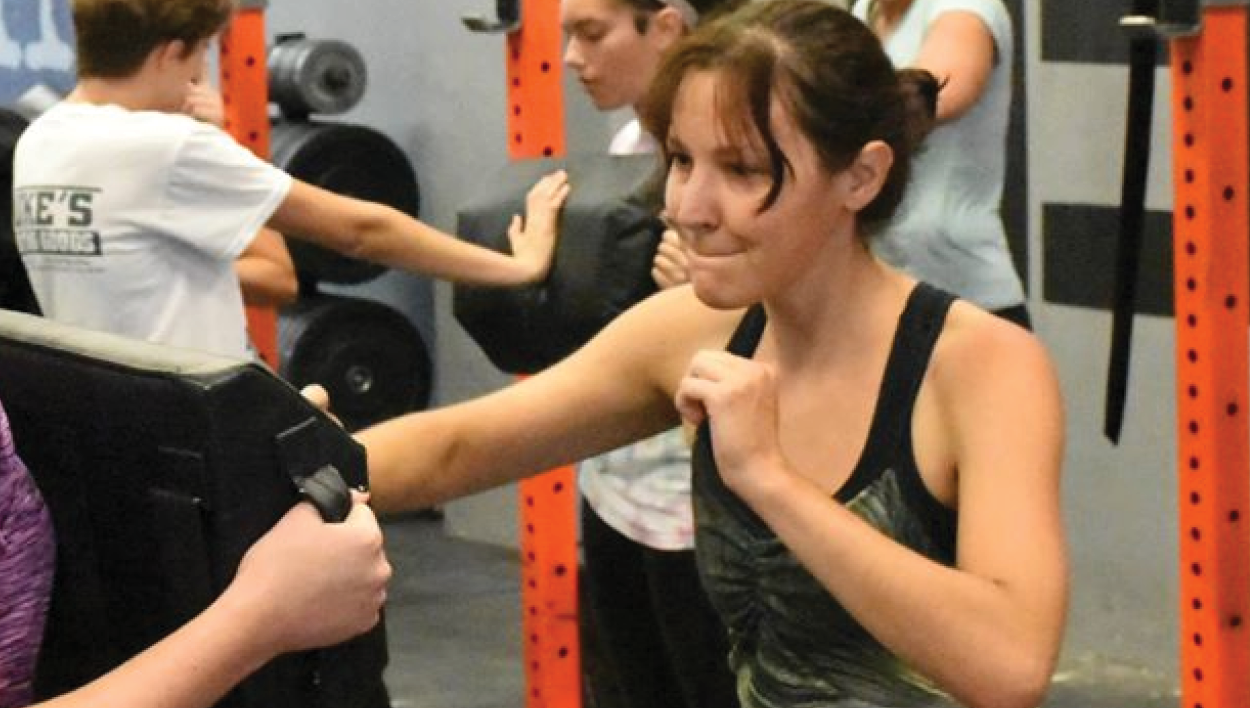 Out of tragedy, Jessica Stephens shines through the darkness of her past 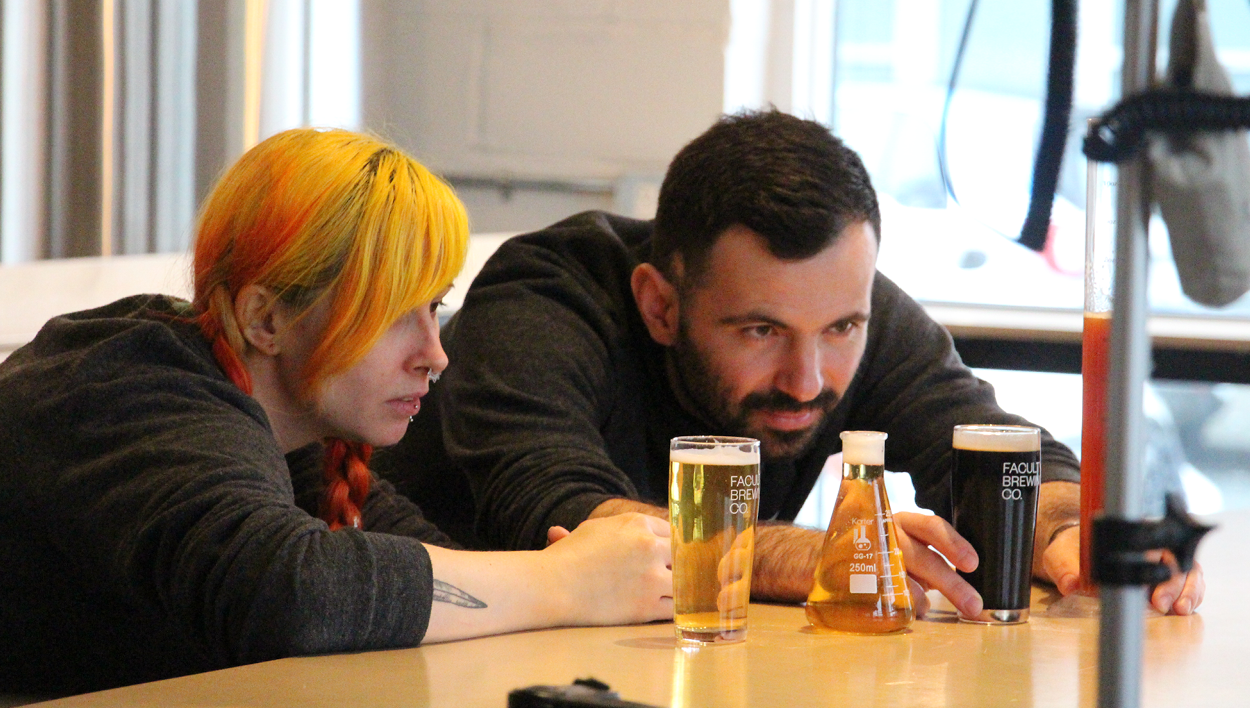